I know that every campaign promise Barack Obama makes has an expiration date … but this is ridiculous. The confetti is barely off the floor at the Time Warner Cable Arena in Charlotte, North Carolina after Obama’s acceptance speech, and already we find out that he’s flip-flopped. Remember this part of the speech, in which he attacks the Paul Ryan plan to apply free-market reform and cost controls to Medicare?

And I will — I will never turn Medicare into a voucher.

No American should ever have to spend their golden years at the mercy of insurance companies. They should retire with the care and the dignity they have earned. Yes, we will reform and strengthen Medicare for the long haul, but we’ll do it by reducing the cost of health care, not by asking seniors to pay thousands of dollars more. And we will keep the promise of Social Security by taking the responsible steps to strengthen it, not by turning it over to Wall Street.

Expiration date — the very next day:

In his convention speech in Charlotte, President Obama vowed to block the Republican Medicare reform plan because “no American should ever have to spend their golden years at the mercy of insurance companies.”

But back in Washington, his Health and Human Services Department is launching a pilot program that would shift up to 2 million of the poorest and most-vulnerable seniors out of the federal Medicare program and into private health insurance plans overseen by the states.

The administration has accepted applications from 18 states to participate in the program, which would give states money to purchase managed-care plans for people who are either disabled or poor enough to qualify for both Medicare and Medicaid. HHS approved the first state plan, one for Massachusetts, last month. 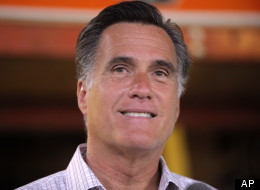 An Electoral College model that has correctly forecast the outcome of every presidential election since 1980 has chosen a 2012 winner.

Two University of Colorado professors, one from Boulder and one from Denver, have put together an Electoral College forecast model to predict who will win the 2012 presidential election and the result is bad news for Barack Obama. The model points to a Mitt Romney victory in 2012.

Ken Bickers from CU-Boulder and Michael Berry from CU-Denver, the two political science professors who devised the prediction model, say that it has correctly forecast every winner of the electoral race since 1980.

"Technological progress is like an axe in the hands of a pathological criminal."