For only 39 cents a day, you can help the people of a starving village. But they’d prefer if you sent more.

Watch the positive new take on the classic track “Because I Got High” by Afroman in collaboration with Weedmaps and NORML.

Keep an eye out for other ways that weed promotes positivity.

A parole officer uses an unconventional technique to connect to one of the convicts under his charge.

The Beach Boys’ masterpiece God Only Knows remade with the help of a few friends to celebrate the launch of BBC Music. 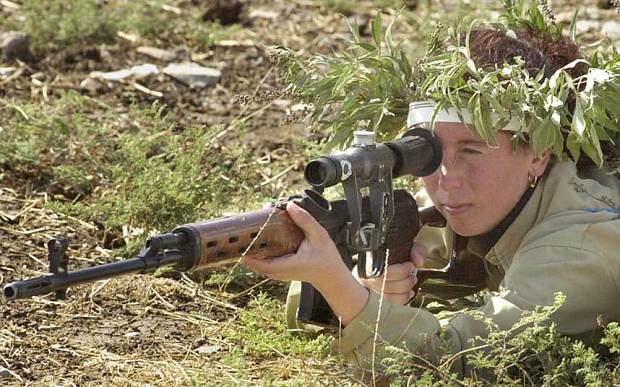 Violent jihadis know their reward will come in heaven, in the shape of 72 virgins – but not apparently if they are killed by women.

The increasing number of female soldiers taking to the front line against extremists of the Islamic State in Iraq and the Levant (Isil) is sowing fear in their ranks that they will be denied their prize in paradise, according to Ed Royce, who chairs the US House International Relations Committee.

“These Isil soldiers apparently believed that if they were killed in battle, they went to paradise as long as they were killed by a man,” he told The New York Post, citing reporters of Kurdish female fighters laughing as they repelled attacks by the extremist group.

“And these female soldiers were communicating their satisfaction with the fact that they had taken the fight to ISIL and had stopped the advance, turned back the advance – slayed a number of these fighters, who would then run away.

"Two things are infinite: the universe and human stupidity; and I'm not sure about the the universe."