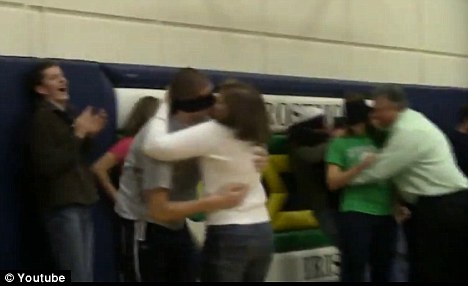 They were told to expect a kiss from a ‘special someone’.

But the joke was on teenagers at Rosemount High School when the mystery lip locks they suspected came from their classmates… were actually from their parents.

Now that footage of the cringe-worthy pep rally prank has gone viral, John Wollersheim says as the school principal he owes an apology to everyone who was offended by the incestual display.
Read Story: