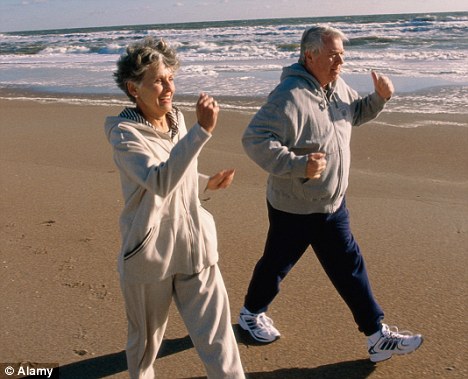 Better pick up the pace before you’re pushing up daisies.

A new study out of Australia sought to prove the speed it takes to outpace the Grim Reaper – the personification of Death – and found it’s about three miles per hour.

Those who walk faster than 2mph, the study hints, can essentially out-walk Death.

‘As none of the men in this study with walking speeds of (3mph) or greater had contact with Death, this would seem to be the Grim Reaper’s most likely maximum speed,’ the study, published in the British Medical Journal, said.

‘For those wishing to avoid their allotted fate this would be the advised walking speed,’ the study said.